Running For a Cause 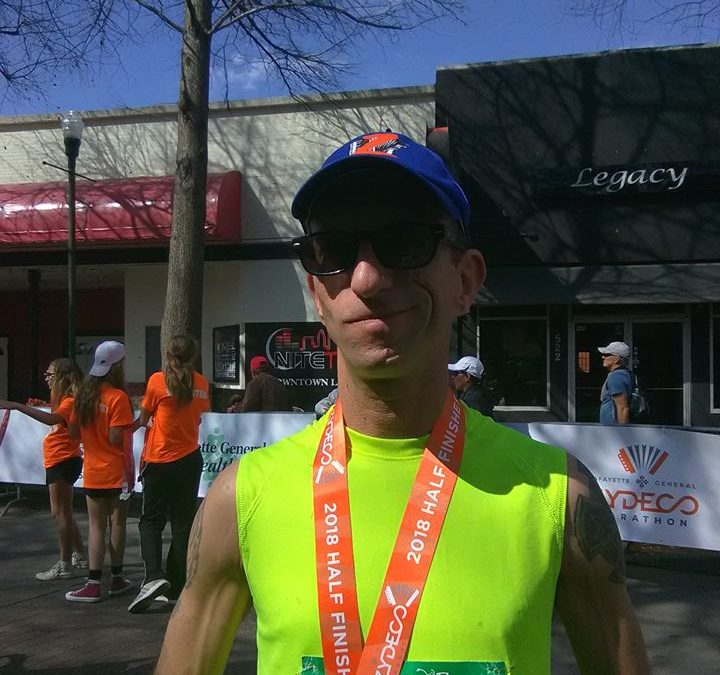 Lafayette General, the title sponsor for Zydeco Marathon, is home to one of the most technologically advanced Neonatal Intensive Care Units (NICU) in the nine-parish Acadiana unit. Below is the story of Dr. Daniel Smith, a Zydeco half-marathon runner and former Lafayette General Hospital NICU patient.

“After running two 5k races, I on a whim decided to run a half-marathon and discovered the Zydeco Half-Marathon.  Once I found out that the proceeds benefitted the Lafayette General Hospital Neonatal Intensive Care Unit, I because driven to the point of semi-obsession to raise funds. The reason why I was so passionate is because my own twin & I both were born four months premature.  I weighed two pounds & eight ounces. Nathaniel only lived a few hours. My mother who could not hold me very long due to my the risk of my thin skin with visible capilaries tearing.  I stayed on oxygen for months while in the ICU which caused my nose to collapse and mandated that it be rebuilt with surgery. Even when I got home, my mother & father had to take turns watching me due to my undeveloped lungs.  More than once, I would turn blue & pass out; & someone would perform cardiopulmonary resuscitation. My goal was to raise $500 for the LGH NICU.  With the generous donations of people who care, I raised $685. This event goes toward buying swings for the tiny, little babies so they can be rocked and soothed when their parents cannot be in the NICU with them, other supplies and technological advancements that were not available & that would have given my twin who died so soon more of a chance. I encourage all who might read this to get involved with time and or donations in order to help these tough little fighters survive.”

For 2019, we’ll be raising funds for a new Lafayette General Foundation program, so come back to our website by mid-July 2018 to see who you can raise funds for next year!